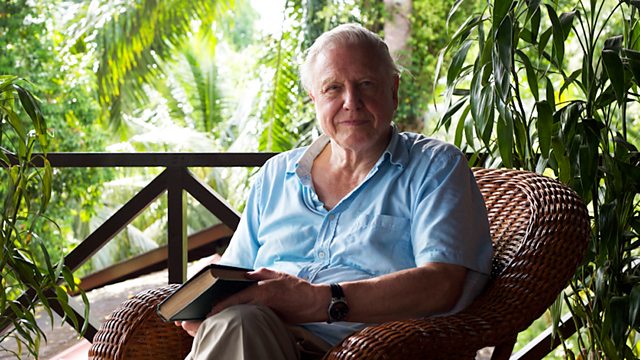 Attenborough: 60 Years in the Wild
Episode 3 of 3

David Attenborough looks back on the dramatic impact mankind has had on the natural world in the last six decades and reveals why he became a conservationist.

Sir David Attenborough reflects on the dramatic impact that humankind has had on the natural world within his own lifetime. He tells the surprising and deeply personal story of the changes he has seen, of the pioneering conservationists with whom he has worked - and of the global revolution in attitudes towards nature that has taken place within the last six decades.

In a journey that takes him from the London Zoo to the jungles of Borneo, Attenborough reveals what inspired him to become a conservationist. He remembers classic encounters with mountain gorillas, blue whales and the giant tortoise, Lonesome George. These are all characters that have helped to change public attitudes to the natural world.

See all episodes from Attenborough: 60 Years in the Wild

See all clips from Our Fragile Planet (8)