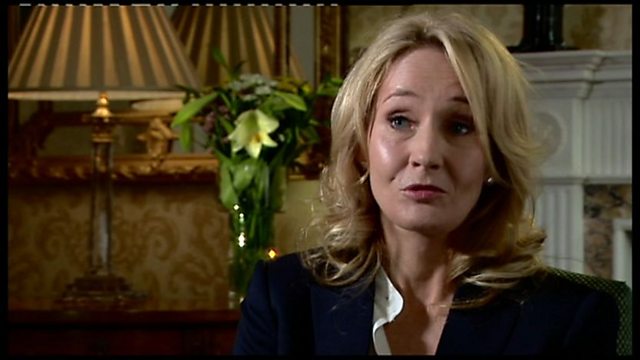 JK Rowling on her new book and possible return of Harry Potter?

JK Rowling - the author who created Harry Potter - has written her first novel for adults. But she has described leaving the young wizard behind as "murder".

She says she wishes she could rewrite some of the famous books which made her one of the world's richest women - but might she write another one?

The Casual Vacancy by JK Rowling goes on sale on Thursday 27th September.