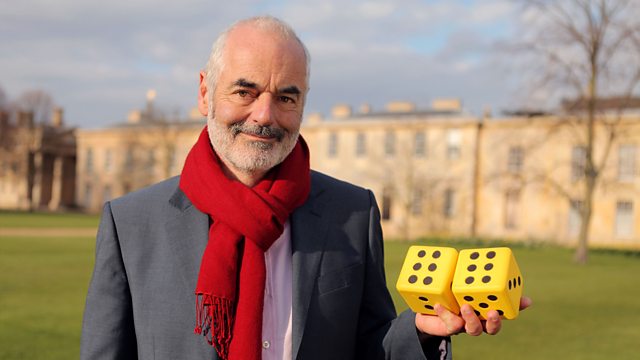 Tails You Win: The Science of Chance

Documentary in which David Spiegelhalter uses a blend of wit and wisdom, animation, graphics and gleeful nerdery to pin down what chance is and how it works in the real world.

Smart and witty, jam-packed with augmented-reality graphics and fascinating history, this film, presented by professor David Spiegelhalter, tries to pin down what chance is and how it works in the real world. For once this really is 'risky' television.

The film follows in the footsteps of The Joy of Stats, which won the prestigious Grierson Award for Best Science/Natural History programme of 2011. Now the same blend of wit and wisdom, animation, graphics and gleeful nerdery is applied to the joys of chance and the mysteries of probability, the vital branch of mathematics that gives us a handle on what might happen in the future. Professor Spiegelhalter is ideally suited to that task, being Winton professor for the public understanding of risk at Cambridge University, as well as being a recent Winter Wipeout contestant on BBC TV.

How can you maximise your chances of living till you're 100? Why do many of us experience so many spooky coincidences? Should I take an umbrella? These are just some of the everyday questions the film tackles as it moves between Cambridge, Las Vegas, San Francisco and... Reading.

Yet the film isn't shy of some rather loftier questions. After all, our lives are pulled about and pushed around by the mysterious workings of chance, fate, luck, call it what you will. But what actually is chance? Is it something fundamental to the fabric of the universe? Or rather, as the French 18th century scientist Pierre Laplace put it, 'merely a measure of our ignorance'.

Along the way Spiegelhalter is thrilled to discover One Million Random Digits, probably the most boring book in the world, but one full of hidden patterns and shapes. He introduces us to the cheery little unit called the micromort (a one-in-a-million chance of dying), taking the rational decision to go sky-diving because doing so only increases his risk of dying this year from 7000 to 7007 micromorts. And in one sequence he uses the latest infographics to demonstrate how life expectancy has increased in his lifetime and how it is affected by our lifestyle choices - drinking, obesity, smoking and exercise.

Ultimately, Tails You Win: The Science of Chance tells the story of how we discovered how chance works, and even to work out the odds for the future; how we tried - but so often failed - to conquer it; and how we may finally be learning to love it, increasingly setting uncertainty itself to work to help crack some of science's more intractable problems.

Other contributors include former England cricketer Ed Smith, whose career was cut down in its prime through a freak, unlucky accident; Las Vegas gambling legend Mike Shackleford, the self-styled 'Wizard of Odds'; and chief economist of the Bank of England, Spencer Dale.

Have a look at David Spiegelhalter's site which helps make sense of chance, risk, luck, uncertainty and probability.

Join David's coincidence survey and read his blog post explaining where the numbers come from in this stadium clip from the programme.

Tails You Win: The Science of Chance is part of the BBC Four Big Science Season. Discover the other programmes in the season below…

Order and Disorder: A two-part series presented by Professor Jim Al-Khalili which tells the story of how humanity mastered the two most important concepts of the modern age - energy and information.

Seven Ages of Starlight: A "stunning journey" through the life and times of stars.

The Final Frontier? A Horizon Guide to the Universe: An in-depth look at science's quest to understand the mysteries of the universe

Voyager: To the Final Frontier: A look at NASA's Voyager programme as the two spacecraft leave the Solar System. 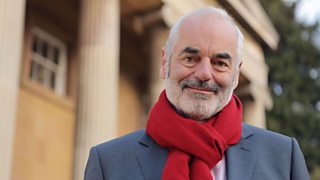 "When someone says something is ‘risky’, I immediately ask ‘how risky?'"