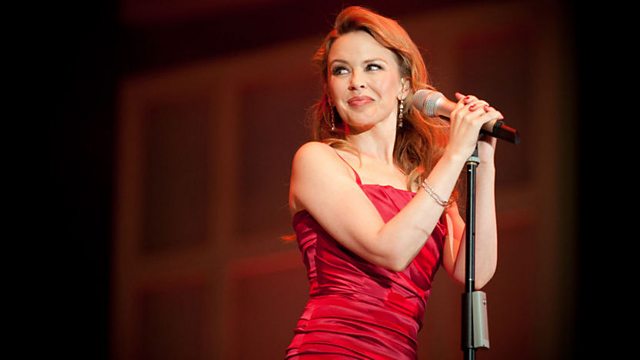 Kylie performs Can't Get You Out Of My Head (Cathy Dennis/Rob Davis) with the BBC Concert Orchestra, conducted by Cliff Masterson.

Kylie performs Can't Get You Out Of My Head (Cathy Dennis/Rob Davis) with the BBC Concert Orchestra, conducted by Cliff Masterson.

2012's Triathlon and Open Water swimming. Tonight it's host once again to the 40,000 crowd who gather to celebrate BBC Proms in the Park and the finale to the Last Night of the Proms. Time to re-kindle the feelgood factor and wave your flag to Elgar's Land of Hope and Glory and Parry's Jerusalem.

As ever the BBC Concert Orchestra in their 60th anniversary year are on the Hyde Park stage to accompany special guests - Alfie Boe; Il Divo, the London Community Gospel Choir and Kylie Minogue. Alfie serenades the audience with selection of operetta, neapolitan and musical theatre songs whilst pop opera quartet Il Divo perform greatest hits including Regresa a Mi (Unbreak My Heart) and Con ti Partiro (Time to Say Goodbye).

Kylie closes the show with a selection of hits accompanied by the 70 piece BBC Concert Orchestra. 2012 marks Kylie's 25 years in the music business since she recorded her first hit The Loco-motion in Australia in 1987. Tonight's set list is a nostalgic trip of million selling songs including - On a Night Like This; Can't Get You Out of My Head; I Should Be So Lucky and All the Lovers. 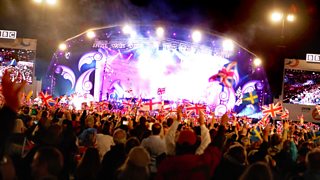