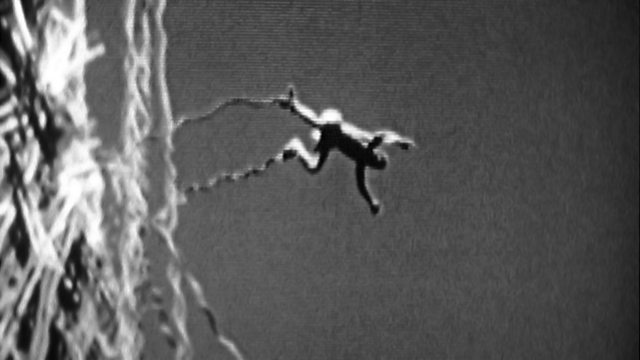 The Land Divers of Pentecost

The People of Paradise

First transmitted in 1960, David Attenborough marvels at the dry land diving custom performed by male islanders during his expedition of the South West Pacific Islands.

First transmitted in 1960, in this series David Attenborough undertakes an expeditionary tour of the South West Pacific in search of disappearing indigenous customs and rituals.

David Attenborough was personally invited to the region by none other than the reigning monarch of Tonga, Queen Salote, to attend the Tongan Royal Kava Ceremony.

On their way to Tonga, David and his team explore the South West Pacific, travelling to numerous islands and immersing themselves in this exotic culture.

See all episodes from The People of Paradise

See all clips from The Land Divers of Pentecost (2)

This programme is part of a BBC Four Collection showcasing the early work of Sir David Attenborough.

Something in the post from Sir David: 'Never before has the delivery of a letter caused such a stir' 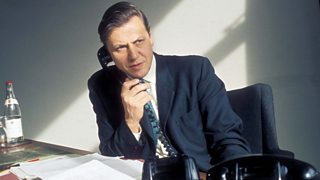 Working with the legendary broadcaster on our BBC Four archive collection.