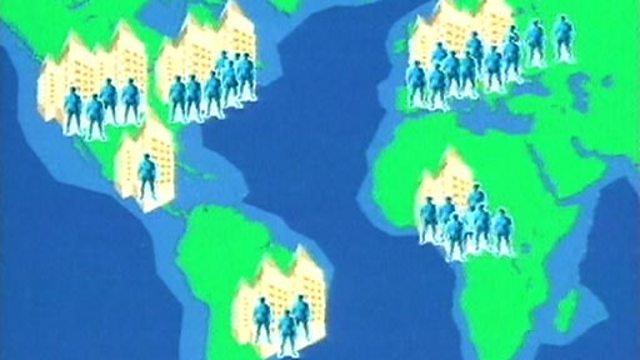 Changes in global population since 1800

A description of the relative rates of urbanisation in rich and poor countries. The Industrial Revolution led to rapid urban growth in the richest nations. After 1950 LEDCs experienced similar rates of urbanisation. Cities in LEDCs are now growing at a faster rate than those in MEDCs. Despite their slower rate of growth, cities in MEDCs consume far more resources than their counterparts in LEDCs. MEDC cities experience a variety of social and economic problems. However, the pace of urbanisation in LEDC cities places a particular strain on the provision of basic services and infrastructure. One consequence is the development of shanty towns.

See all clips from Urbanisation (10)