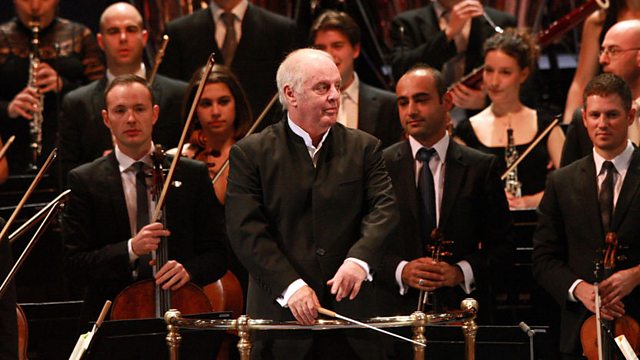 Daniel Barenboim gives an impromptu address to the BBC Proms audience following his performance of Beethoven Symphony No 9 with the West-Eastern Divan Orchestra bringing their residency at the Proms to a close. He talks about the experience of performing the complete Beethoven symphony cycle alongside major works by Pierre Boulez at the Proms, his work with the West-Eastern Divan Orchestra and his aims for the creation of the orchestra, which he co-founded with Edward Said. 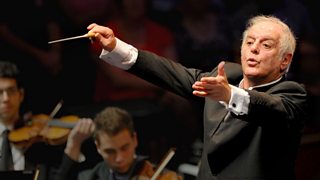