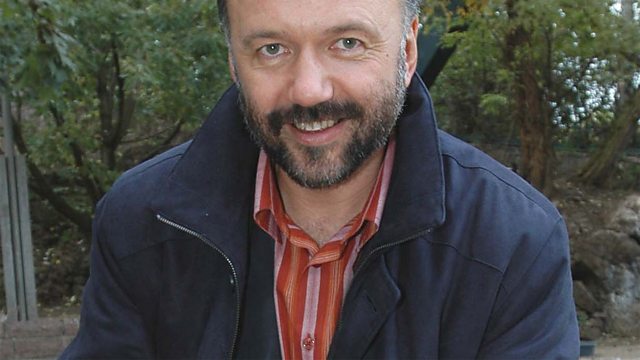 A Manifesto for Culture from Andrey Kurkov, The Chilean Building, and noise cooking.

On today's programme: Ukrainian author and satirist Andrey Kurkov (pictured) delivers his Manifesto for Culture from Kiev. Film critic Jeronimo Rodriguez joins us to discuss The Chilean Building - a documentary about the children who were left behind when their parents returned to Chile to oppose the regime of General Augusto Pinochet. Finally, ever wondered what food sounds like? Canadian Lisa Myers and New Mexican Autumn Chacon have joined forces to record the art of cooking...literally.