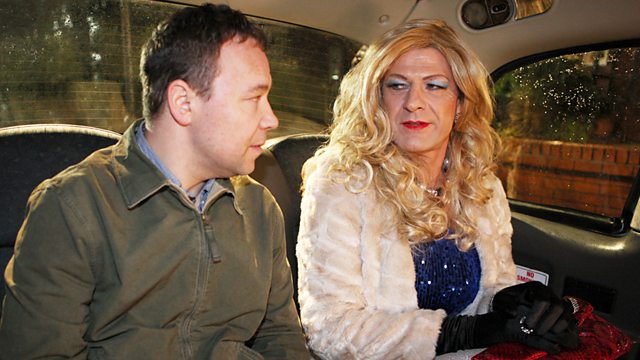 Drama series created by Jimmy McGovern. English teacher Simon's transvestite alter-ego is involved in a love triangle which leads to a terrible crime of passion.

Simon Gaskell stands nervously in the dock as he awaits the jury's verdict. Will he walk free or go down?

Simon is a college English teacher who specialises in poetry. He is gay, lonely and looking for love - and he has a secret: his alter-ego Tracie Tremarco. But trawling bars in Manchester dressed up to the nines, tottering on stilettos and ready to pull has not produced a lasting or truly fulfilling relationship.

Then, as fate would have it, Tracie falls head over heels in love in unexpected circumstances, following an altercation with some men out on a stag night. One of the revellers, Tony, a satellite and aerial engineer, comes to Tracie's aid and offers her a lift home.

Tony and Tracie are smitten, and hesitatingly their love affair begins. But Tony has a secret too - he is married to a local beautician, Karen, and he cares deeply for his wife. Before long, Tracie has unwittingly become entangled in a triangular love affair that leads inexorably to a terrible crime of passion and the dock.

See all episodes from Accused

See all galleries from Tracie's Story (2)