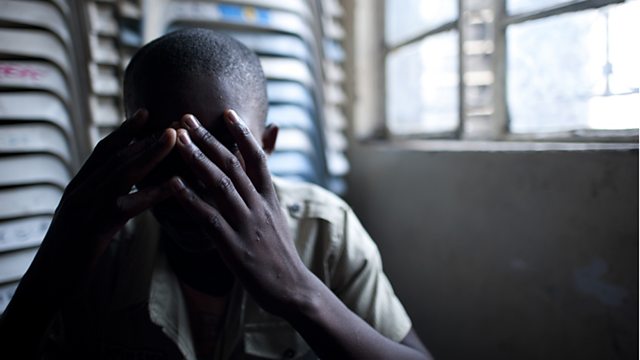 The Documentary An Unspeakable Act
Episode 2 of 2

Will Storr travels to Kampala, Uganda to meet the male refugees from neighbouring DR Congo, who have also suffered from sexual violence.

Rape is the great secret of war and the taboo is never so strong as it is for men who - many contemporary academics believe - suffer in conflicts right across the globe.

The Democratic Republic of Congo is known as the 'rape capital of the world' and the terrible experiences of the women who live in the region has been widely documented.

Less well known is the fact that an astonishing 22% of the region's men have also suffered from sexual violence.

In the second part of this bold examination of the issue, award winning writer and Guardian journalist Will Storr travels to Kampala, Uganda to meet the male refugees from the neighbouring Democratic Republic of Congo.

Having fled their homes, they find themselves grievously wounded, rejected by African society, their friends and wives.

Many western charities and NGOs who have the resources to help women but routinely turn men away.

There he hears their extraordinary stories and discovers the astonishing destructive power of rape as a weapon of war.

(Image: An anonymous 25 year old male who was raped by members of the DRC army, the FARDC. Image taken by Will Storr. Copyright: Christian Aid)