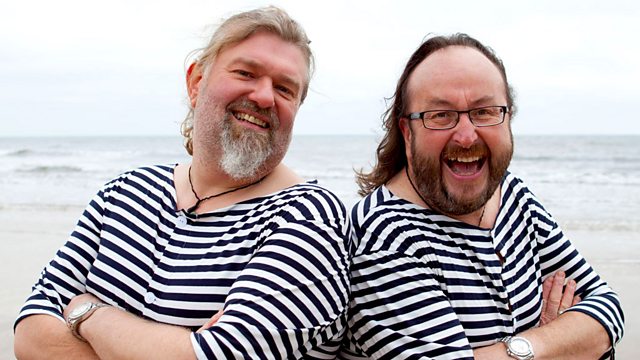 Hairy Dieters: How to Love Food and Lose Weight
Episode 1 of 4

Simon King and Dave Myers embark on a weight-loss campaign. They join forces with a group of dieting foodies who help to road test Si and Dave's reduced-calorie recipes.

The Hairy Bikers become the Hairy Dieters as they accept that years of overindulgence has taken its toll. But the boys are determined to still love their food and lose weight, which means confronting some truths about themselves and what they normally eat. Si and Dave are honest blokes, they accept, like the majority of the population, that they are overweight. But facing the stark reality of how much fat their bodies actually contain is tough. Coming to terms with the truth reawakens childhood memories and not a little emotional turmoil. With the support of their families and advice from weight-loss clinicians, Si and Dave take on the challenge to lose the lard. And they do it with their characteristic zest for life and food.

The boys begin a new culinary adventure to reinvent the classic dishes they adore, making them big on flavour but low in calories. And recognising the power of group motivation, Si and Dave join forces with a band of similarly rotund foodies who help road test the boys' recipes whilst shedding the pounds themselves.

With great tasting food and clever cooking as their priority, the Bikers allow the viewer intimate access to their own homes, turning their kitchens into food labs, bathrooms into confessionals and families into food critics. Serving up kitchen magic, personal revelation and a host of dishes that are delicious and still good for you, the Hairy Bikers begin to eat themselves slim in a bid to lose two-and-half stones in just over three months.

See all episodes from Hairy Dieters: How to Love Food and Lose Weight

Before tackling their waistlines, Dave and Si had already motorcycled around Britain, taken a European Bakeation, hosted great Christmas parties and much more...

If you're looking for recipes from any of these past programmes just head over to BBC Food. 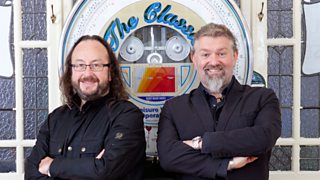 Try out Si and Dave's low calorie dishes from this series.