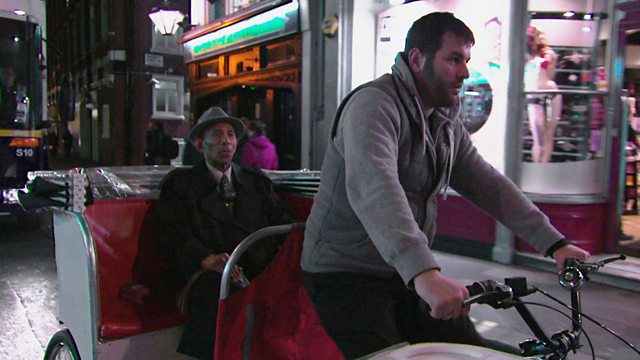 The story of London and the people who made it into a global metropolis, narrated through a century of music and a wealth of compelling film archive.

Julien Temple's epic time-travelling voyage to the heart of his hometown. From musicians, writers and artists to dangerous thinkers, political radicals and above all ordinary people, this is the story of London's immigrants, its bohemians and how together they changed the city forever.

Reaching back to the dawn of film in London at the start of the 20th century, the story unfolds through film archive, voices of Londoners past and present and the flow of popular music across the century; a stream of urban consciousness, like the river which flows through its heart. It ends now, as London prepares to welcome the world to the 2012 Olympics.