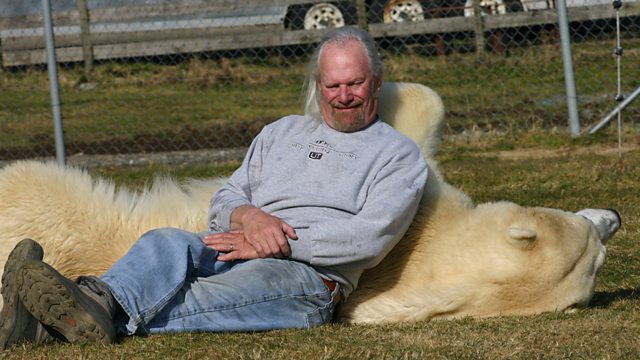 Today, the Canadian man who keeps a polar bear in his back garden, the Sardinian chef who cooks the best food in Antarctica and the man who was sentenced to death for refusing to fight for the Nazis.

In this episode, animal trainer Mark Dumas tells Matthew Bannister what it's like to live with a polar bear at the bottom of the garden. Her name is Agee and she's now 17 years old. Not only does she have her own swimming pool but she's a bit of a movie star as well.

We also hear an interview with the man who was sentenced to death for refusing to fight for the Nazis during the war but now - aged ninety - campaigns on behalf of other German deserters.

And on a satellite link, an interview with the Sardinian chef who prepares five-course meals for scientists on the Concordia Base in the Antarctic. He discusses the particular challenges of preparing food in a climate of minus 73 degrees.

The burden of being Rodney King