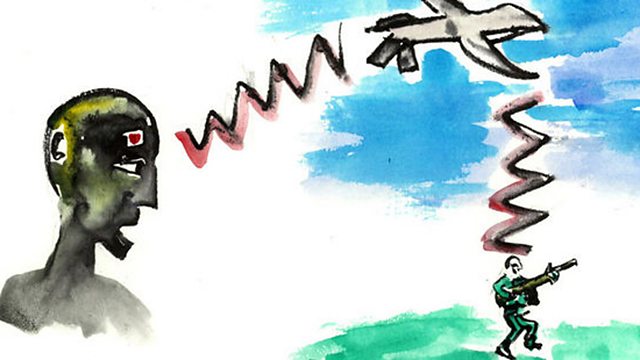 What are the weapons of the future? Will drones really replace fighter pilots? And how might the rules that govern war have to change?

Robot spy planes as small as insects, drones that hover high overhead for days at a time, interfaces to plug a soldier's mind directly into a weapons system and lasers that could temporarily blind you: some of this technology is still on the drawing board but some of it is already used on the battlefield.

How much will all this change wars of the future?

Illustration by Emily Kasriel: cranial implants allowing us to control drones to observe and kill on the battlefield.