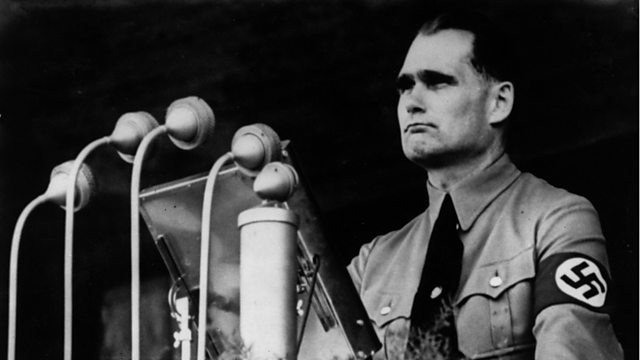 The Psychiatrist and Rudolf Hess

How a British psychiatrist examined the deputy Nazi leader after his flight to Scotland in 1941.

In 1941, the deputy fuhrer, Rudolf Hess, flew out of Nazi Germany and landed in Scotland.

Keen to study the psychology of the Nazi leadership, the British government sent a psychiatrist called Henry Dicks to examine Hess at a safe house in Surrey.

The programme is adapted from "The Psychiatrist and the Deputy Fuhrer", first broadcast on BBC Radio 4.