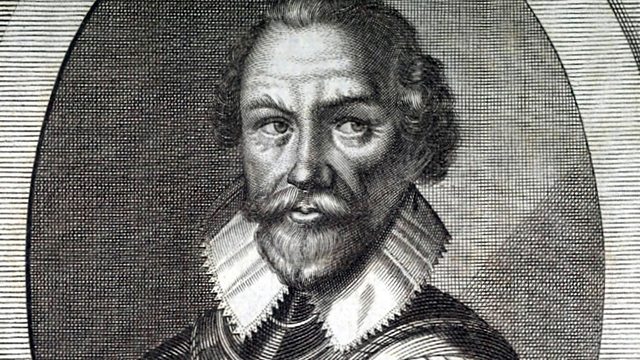 The history of British explorers and routes to China in the 1570s. Narrated by Juliet Stevenson.

The Dutch and Portuguese were in the Far East long before the English. But in the middle to late 1500s the journey was still hazardous for the English and investors chose to trade overland via the Levant or elsewhere. Some thought it possible to sail over the top of Russia to the East Indies or at least discover some grand river system that would achieve the same. Sir Humphrey Gilbert was convinced that it would be possible to sail to China in a northwesterly direction, hence the continuing dream of a northwest passage.

When Martin Frobisher was commissioned to cross the Atlantic in search of the Northwest Passage, his backers were the Muscovy Company and his authority, the seal of Elizabeth I. The courses of Frobisher's three voyages tell us something of the thinking of these 16th century navigators. They did not go south and around the Horn - Magellan had rounded it more than half a century earlier - but kept to a northerly track. The navigators believed there had to be a passage through the waterways of what we call Canada.

Why go to China? Not for the sake of exploration, no one did that. The purpose was because there was a chance of riches. The Frobisher voyages didn't discover a passage and yielded nothing but a hoard of iron pyrites from Greenland, which, in spite of the attempts of Agnello, a well-known Italian alchemist, could not be turned into gold. So convincing was Agnello and so envious of the Spanish gold galleons were the investors that they wanted to believe they had struck it rich.

Elizabeth ordered quadruple locks for the worthless cache in the Tower of London. The significance of this episode is that while Elizabethan explorers were literally catching up with the Portuguese and Dutch, they remained uncertain of what they would find and significantly were not looking for territories to conquer and colonise. They were looking for nothing more complicated than profits, not empires.