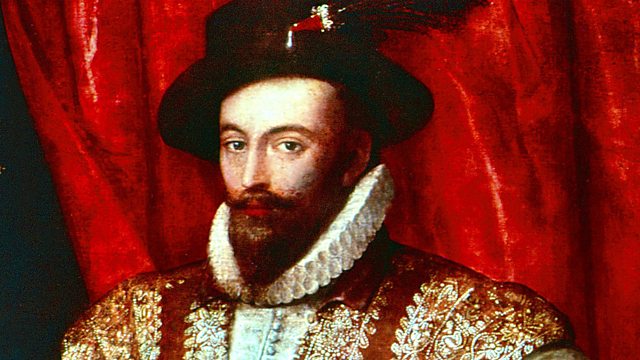 Raleigh tries to persuade Elizabeth I that the North American settlements were a success. Narrated by Juliet Stevenson.

The letters patent granted to Ralegh [sic] in 1584 contradict the idea that the English created an empire by accident to a degree. The single extract "...granted by the Queen's Majesty to Master Walter Ralegh, now knight, for the discovering and planting of new lands and countries…" suggests Ralegh was instructed to set up colonies.

By this period, the Elizabethans were not so much interested in 'empire' as we know the term, but in establishing 'factories' - settlements for exporting local goods and importing those from England. These would become plantations - districts in which had been planted English traders. The crown would then claim land and this would be a colony. Already in the late 16th century there was a sense that colonies should look like England. Little Englands should be planted. Houses, customs and of course Protestant religion should make a new settlement completely English.

Ralegh is often portrayed as one of the founding fathers of the British Empire. This is misleading. Ralegh certainly imagined more than plantations. He saw Elizabeth ruling over an empire of colonies. Yet his own plans have been exaggerated and it was largely left to others to capitalize on his ideas. He had the chance to exploit a settlement of Virginia (actually North Carolina) but failed to plan properly and find the right people and backers to do so.

When settlers sailed in 1585, Elizabeth wanted Ralegh to stay behind at her Court and so command of the seven ship squadron was given to Richard Grenville. Ralegh was a dreamer (he founded the Poets' Society) as well as a schemer. Most of all he dreamed of gold and, ultimately, his belief in El Dorado was his undoing. Ralegh did not create an empire but he knew that it could be done.