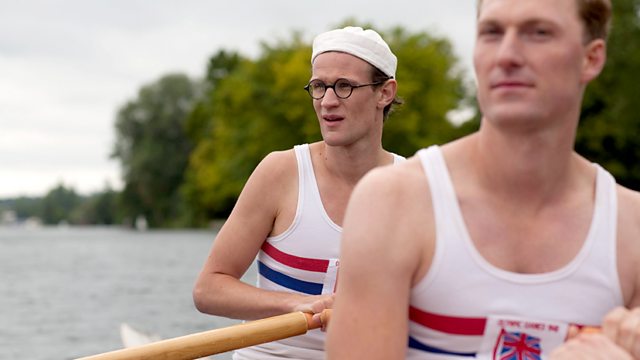 Thrown together weeks before the final of the 1948 Olympics, this is the story of how Bert Bushnell and Dickie Burnell defied all the odds and achieved gold in the double sculls.

Thrown together just five weeks before the final of the 1948 London Olympics, Bert Bushnell and Dickie Burnell defied all the odds and achieved gold in the double sculls. This is the story of how they did it - not only by pushing physical and emotional limits, but also by confronting and overcoming their vast professional and personal differences.

A boat builder's son from Wargrave, Bert Bushnell might be under six foot and slight, but he knows that he's got what it takes to represent his country in the single sculls. When he does win a place on the British team, however, he's shocked to discover that it's not in the event for which he's trained. Instead the selecting coach, Jack Beresford, has decided that Bert will partner Dickie Burnell in the double sculls.

An Eton and Oxford educated "Blue" from a family of rowing royalty, six-foot four Dickie couldn't be more different to Bert. Unable to hide a chip on his shoulder about the upper classes, Bert is openly hostile to Dickie and their first outing on the river is a disaster - as each tries to out-scull the other. As they struggle exhausted from the water, Beresford is forced to face up to the fact that his gamble - just five weeks before the Olympic final - may have been a foolish one.

Bert and Dickie's personal battle reflects a much greater struggle as London prepares to host the Olympic Games. In 1948, just three years after the end of WW2, London is half-destroyed and its people are starving. Thus the "Austerity Olympics" were born, and the film portrays just what was achieved with a "make do and mend" post-war mentality.

Bert and Dickie also begin to realise that they share more in common than they ever would have expected. Both have the same determination and drive and, on a personal level, both have been shaped by complex relationships with their fathers. As they realise that this is it - their big opportunity - they finally start to work together.

Set against the backdrop of a country on its knees, Bert and Dickie is an uplifting, warm-hearted and celebratory story about how two men rose above distinctions of birth and class to become Olympic gold medallists - and how London did pull off a brilliant and triumphant Games.

See all clips from Bert and Dickie (6)

View the full cast and crew list for Bert & Dickie 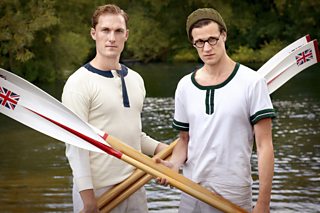 "I'd never been near any boat smaller than a pleasure cruiser on the Norfolk Broads".