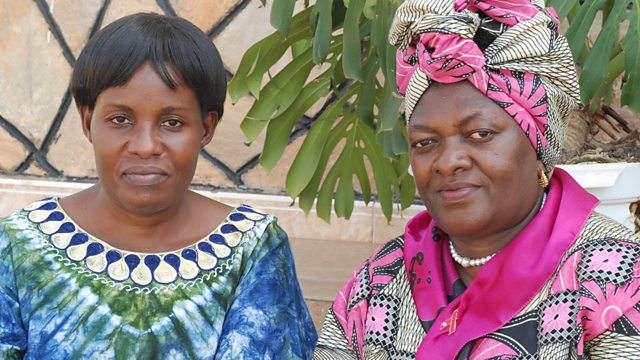 Heart and Soul Living Along Africa's Faultlines
Episode 2 of 2

From Senegal to Somalia runs a swath of land separating Africa's 400 million Muslims from its 500 million Christians.

In the second part of his series, Solomon Mugera, the BBC's Africa Editor, examines life along the Eastern part of Africa's religious faultline - the line where the Muslim North meets the Christian South.

From Sudan and the newly independent South Sudan, he hears what it means for religious minorities on both sides that the two countries are now separate.

And he discovers what happened when US evangelist Franklin Graham attempted to convert Sudan's President, Omar Hassan al-Bashir, to Christianity.

We also hear how a Muslim woman in Uganda is joining hands with Christian bishops to combat the country's alarming deforestation.

And Solomon and guests discuss the power of religious identity, which is at once local and global.