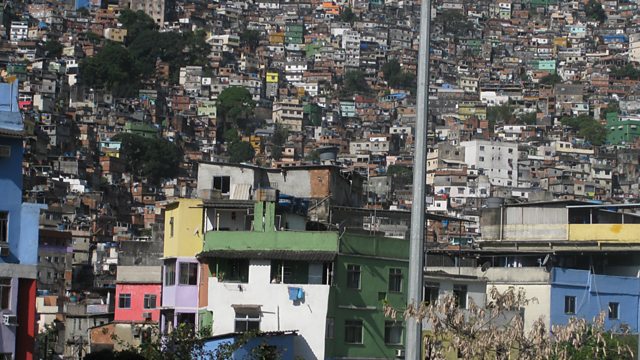 The BBC's Nina Robinson reports for Assignment from one of Rio de Janeiro's biggest urban slums to see whether the drug gangs there can be controlled for good.

There's an ambitious government programme underway in one of Rio de Janeiro's biggest slums, or favelas.

The aim is to clear Rocinha - home to over 100,000 people - of the drugs gangs that have dominated there for decades.

The strategy, known as 'pacification', begins with a raid by Brazilian elite forces to drive out the gangs.

It is then followed by investment in public services like water, electricity and waste collection and the installation of permanent police stations, inside the favelas.

The strategy has worked well in other smaller favelas where figures indicate that homicide rates have been reduced by half.

But can it work in places like Rocinha where official corruption is widespread and where the lack of trust in the police have marred past attempts to improve the lives of residents?

The Strangest Marathon in the World is in Gaza