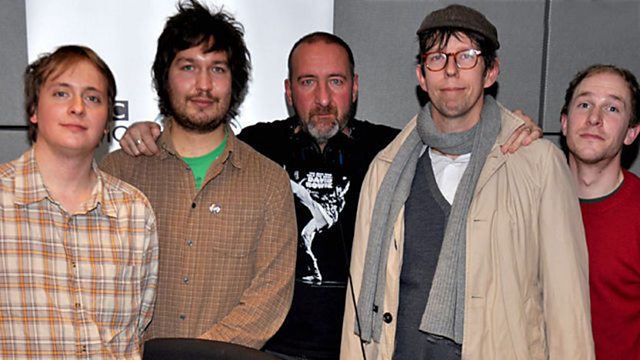 Darren Hayman with The Wave Pictures - Interview with Marc Riley

The dream ticket this evening ... it's Darren Hayman with The Wave Pictures in session. Now this is what you get when a prolific force meets a prolific object .. genius.

Darren Haymen used to be a memeber of Hefner and the Wave Pictures are fronted by the beautifuly voiced David Tattersal.

The 2 hooked up after David used to send Darren cassettes and CDRs when he was in Hefner. Darren's first Wave Pictures show was at the Walthamstow Festival, with a dog and two other people.

Since that auspicious meeting the guys have played on each others recordings and done lots of gigs together but there's only been two Darren Hayman and the Wave Pictures 'proper' releases.

A live album 'Madrid' and the single 'Who Hung The Monkey' they also did some Christmas songs together online. 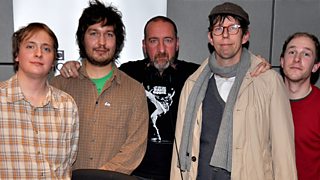