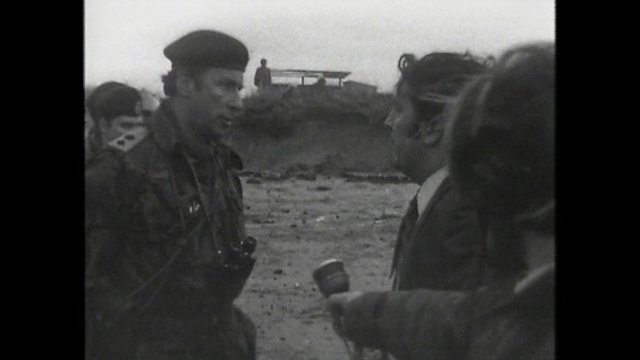 Demonstration against internment on Magilligan Strand

SDLP leader John Hume heads an anti-internment demonstration along Magilligan Strand towards an internment camp, resulting in a confrontational stand-off with the British Army

Robert Kee narrates archive footage of rubber bullets being fired at the crowd before we see John Hume engaging in a heated debate with the Army commander over the barricade at which the crowd are being stopped, questioning the conduct of the troops and the authority of the Northern Irish government to station them there.

See all clips from Six Counties (12)

See all clips from Ireland: A Television History (12)