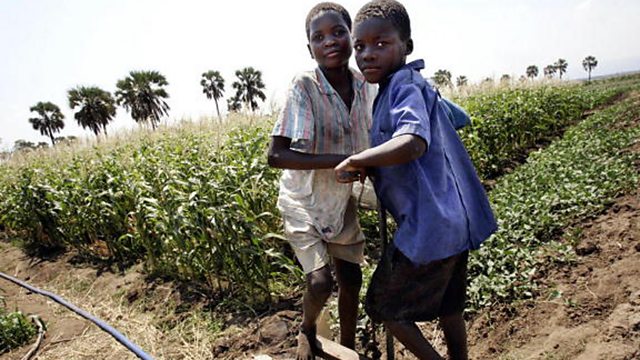 The Documentary The Truth About NGOs
Episode 1 of 2

Allan Little investigates the political influence wielded by NGOs. in Malawi. Is their job really to behave as the de facto opposition to the government?

This has been the decade of the NGOs (Non-Governmental Organsiations).

Their numbers, influence and range of activities have grown enormously.

Many are now multi-million pound organisations.

While many NGOs conduct themselves well, there are increasing worries about the accountability of NGOs and the extent to which the work they do is appropriate in the host countries.

In this series Allan Little looks at the work of NGOs in Haiti, Malawi and India, to consider some key concerns: why, for example, does there seem to be so little co-ordination between NGOs in a place like Haiti?

Why, despite the vast effort and resources that flowed after the earthquake two years ago, are people still living in tents without basic amenities?

In Malawi we look at the political influence wielded by NGOs. Is their job really to behave as the de facto opposition to the government?

Should their role include an ambition to change people's ideas on issues such as women’s rights and gay marriage?

Are NGOs causing a 'brain drain' in countries such as Malawi, by attracting well-educated young people with the high salaries they can afford to pay?

And in India we look at transparency and corruption and at who really benefits from the work of NGOs.

Many people think that NGOs and the way they are set up, funded and made accountable for their work, is now overdue for reform.

We consider what a better future might mean for NGOs.

(Picture shows two Malawian children pumping water with a treadle pump from a canal to irrigate maize field in Chitsukwa sector, south of Blantyre in 2005. The Chitsukwa irrigation program, run by both the government and an NGO gives water to 176 farmers. Credit: AFP)