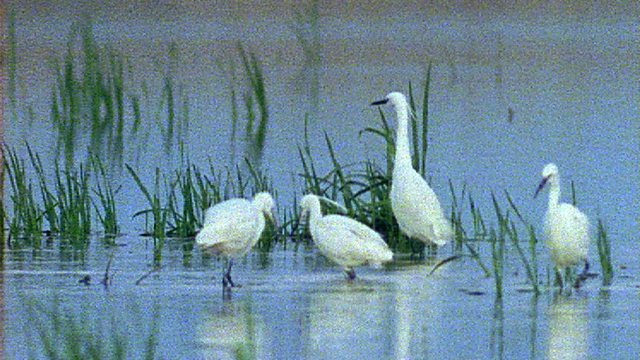 Some fish are very curious and the little egret lures them in by merely waggling its yellow feet. Birds all over the world have techniques for catching little fish in shallow pools. In the swamps of Florida, for example, the reddish egret does a strange dance that seems designed to frighten the fish from their hiding places. It also uses its wings to create shade so it can see into the water without reflections. In Africa, the black heron also casts shade but to a greater extent, creating a 'tent' with its wings. Many fish like to shelter under overhangs, so perhaps they also mistake the heron's wings for a safe spot where they will not be seen from above. Spoonbills scythe with their beaks to catch tadpoles, beetles and insects larvae rather than fish. But the action of the spoonbill scares the fish so the black heron follows it, hoping that the fish will be looking for a safe place to hide. 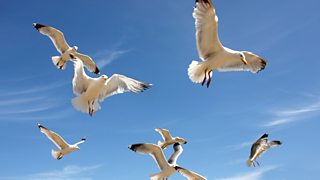 The Life of Birds—Fishing for a Living

More clips from Fishing for a Living

See all clips from Fishing for a Living (7)

More clips from The Life of Birds

See all clips from The Life of Birds (72)