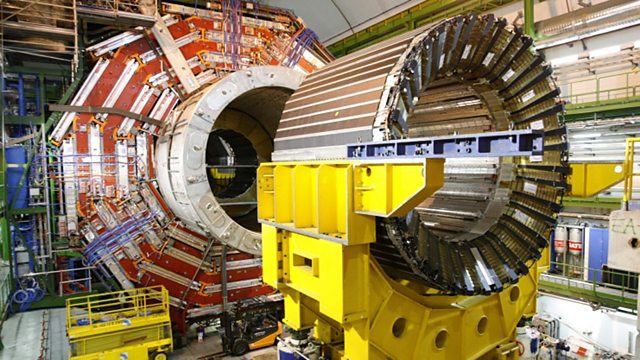 The search for the Higgs Boson gets tantalisingly closer; The kind of kit a submarine needs to reach the deepest parts of the oceans; And whether it is suitable to use neuroscience findings in court

In this weeks programme the search for the Higgs Boson, a fundamental particle of physics. Huge hype surrounds the announcement that scientists are getting closer, but what does it mean?

How to get to the bottom of the Mariana Trench the deepest part of the ocean, Science in Action looks at the new submersible vehicles which will be going down.

Neuroscience and the law, brain scans can indicate personality traits, but should they be used as evidence in court when considering?

Photo: The core magnet of the CMS (Compact Muon Solenoid) experiment at the European Organization for Nuclear Research (CERN) in the French village of Cessy, near Geneva. Credit: Reuters