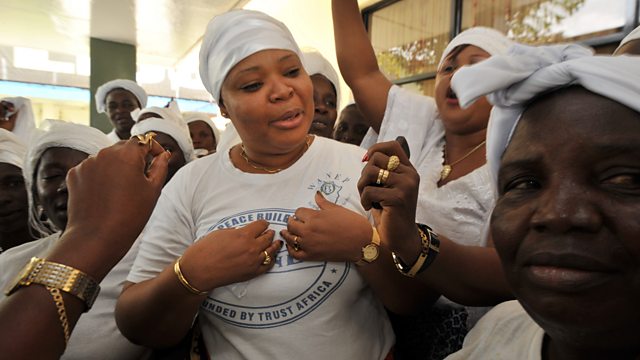 Heart and Soul The Right Thing
Episode 1 of 3

Miriam O'Reilly begins a new series exploring personal stories of integrity, courage, and the cost of doing the right thing.

Her first guest is Leymah Gbowee from Liberia who has recently been jointly awarded the Nobel Prize for Peace.

Leymah mobilised women from across Liberia's ethnic and religious divides to call for an end to Liberia's brutal 14-year civil war.

Amid the shells and bullets, the women prayed and protested for days on end, demanding that the conflict between former President Charles Taylor and rebel forces stop.

This women's movement eventually brought an end to the conflict which had left over 250,000 people dead.

Leymah says we were "unafraid because the worst things imaginable had already happened to us".