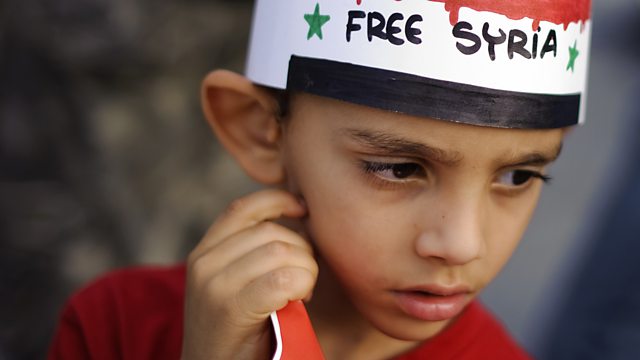 One Day In Syria

Bill Law paints a portrait of one day in the Syrian revolution.

We've seen the demonstrations in Tunisia, Egypt, Yemen, Bahrain and in Libya.

But Syria has tried hard to close itself off from the world's gaze.

There are regular demonstrations across the country - but finding out exactly what's happening is hard - even though some activists are prepared to tell their stories of protest and violence.

For Assignment, Bill Law paints a portrait of a single day in Syria, talking via the internet and phone to people across the country.

He speaks to the demonstrators who want President Assad to go, to government supports who say the protests are the work of foreign agitators, to the businessmen who want tourists to return to their country and to the ordinary people who say they just want a quiet life.