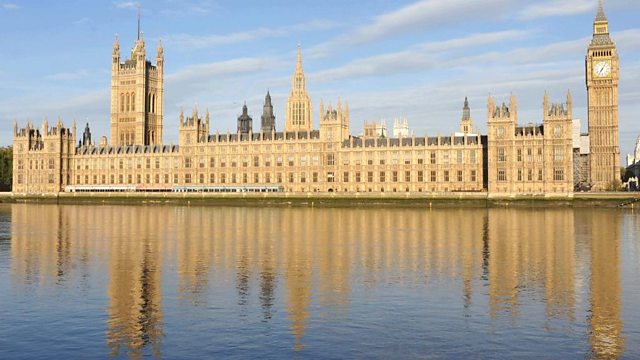 The Documentary The British Establishment: Who For?
Episode 1 of 2

Michael Goldfarb looks at why Britain's narrow and elite establishment keeps stumbling from crisis to crisis.

Britain's Prime Minister David Cameron, in an emergency debate in Parliament following this summer's riots, revived a line from his general election campaign. "Britain is broken", he said.

In this two-part series, the award-winning American broadcaster and author Michael Goldfarb challenges the assertion with a question: Is Britain really broken? If it is, then it is broken at the top.

From the City, to the police, to the press, to Parliament, and in cultural institutions including the nation's universities and even the BBC, a narrow elite, drawn from the least-diverse backgrounds, make the rules, socialise, and define what is and is not permissible among the nation's leaders.

The phone hacking scandal, described as the 'thuggish collusion between the media, the police and politicians', is just the latest example of the British Establishment being caught out.

The credit crunch, the ensuing outrage over executive pay as well as the MPs' expenses scandal, have all shown them to be tone-deaf to popular concerns.

Episode 2—The British Establishment: Who For?