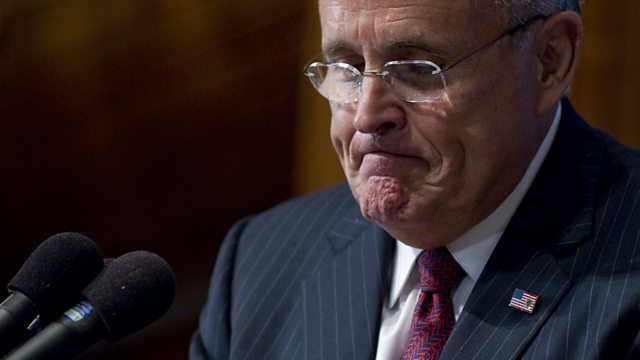 Ten years on, how much has the former Mayor of New York and the US been changed by 9/11?

It's ten years since the two mighty towers of the World Trade Center were reduced to dust and ash.

On 9/11, in New York, Osama Bin Laden inflicted a grievous wound on the United States.

This week the US is immersed in memories of the attack and what came after.

Stephen Sackur's guest in this special edition of Hardtalk was the mayor of New York city on its darkest day, Rudy Giuliani.

His response back then earned him the title 'America's mayor' and he won worldwide admiration, but ten years on how much have he and his country been changed by 9/11?