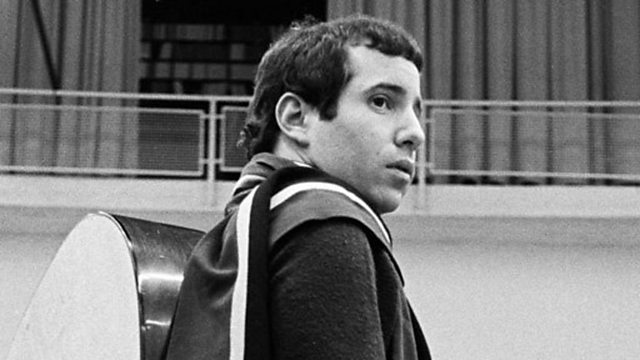 Tracks include:
— I Am A Rock
— Bleecker Street
— Kathy's Song
— The Sound Of Silence

This summer, Paul Simon released his twelth studio album - So Beautiful Or So What - and played Glastonbury Festival for the first time, performing for a gigantic, sprawling crowd in front of the Pyramid Stage.

But more than 45 years ago, the young Paul was making his first formative trips to Britain, and playing for much smaller audiences. He based himself in London and toured the burgeoning UK folk club scene, sharing ideas with the likes of Martin Carthy, meeting his then girlfriend Kathy Chitty (she of Kathy's Song and America) and writing Homeward Bound on a railway platform in Widnes.

In January 1965, Paul Simon was invited by BBC producer Roy Trevivian to record a session for the Light Programme. Despite suffering from a slight cold, the relatively unknown Simon agreed, and a work permit was sought from the Home Office.

Simon recorded seven tracks: The Side of a Hill, Kathy's Song, Bleecker Street, Patterns, Leaves That Are Green, I Am a Rock and The Sound of Silence. Fresh and sincere renditions of songs that were to become classics.

The session tapes were lost for some time but were returned to the BBC in 2001. Tonight, Mike Harding will play a selection of tracks from this historic session.

Tracks played include:
— I Am A Rock
— Bleecker Street
— Kathy's Song
— The Sound Of Silence 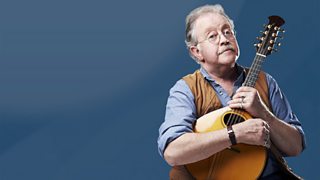 See all clips from Mike Harding (32)