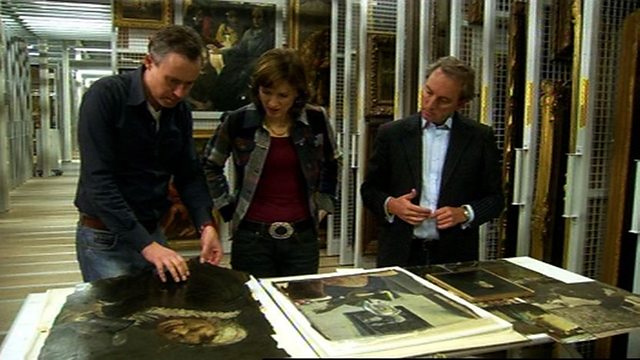 Fiona Bruce and Philip Mould enter an art institute in London to try and answer a riddle behind a controversial painting that divides the opinion of scholars.

The art world can prove a bear pit, with a myriad of tricksters at work. Experts estimate that anything between 20%-40% of works of art on the market are faked. And they can turn up in the most unexpected places.

Hanging in one of the most prestigious and respected art institutes in London is a picture Philip has heard of, which may hold the key to unlocking the story of the most audacious forger of all time. A man who dared to fake the work of Old Masters and made millions from his deception, until he was caught in 1945: Han Van Meegeren.

But a mystery remains to this day, as Van Meegeren died before a complete record of his fakes was made. How did he pull off faking Old Master paintings, duping important art galleries in to making purchases of works apparently by Vermeer, even foxing Goering in to buying one of his works during the war?

Philip and Fiona get to work on the London picture which, legend has it, hung in Van Meegeren's studio on the day he was arrested. Was it his last work? And by testing it, can we prove how he out-foxed some of the most eminent minds in the art world? 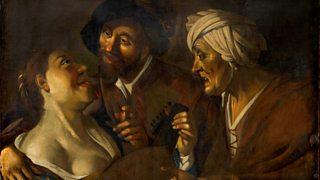 More clips from Fake or Fortune?

See all clips from Fake or Fortune? (69)