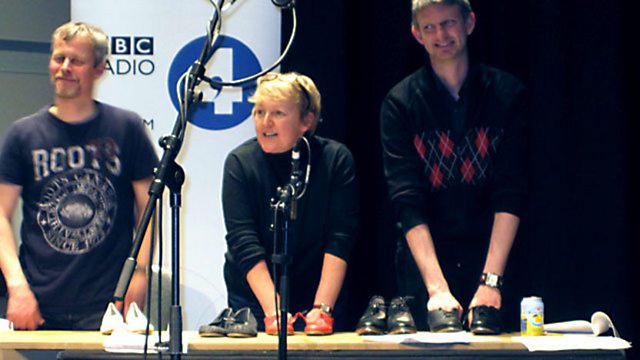 Neil Brand's fast-talking musical set in a 1932 Chicago radio studio stars Josie Lawrence and Nigel Harman as an acrimonious songwriting couple who need a new song to save the day.

Words and music by Neil Brand

It's 1932, and the Chicago Beefsteak's Hour of Charm is the most successful programme on Midwest US radio. Tonight's live broadcast stars famous husband and wife team of composer/lyricists Grant Thornhill and Jean Forsythe. Gambling Grant is in debt to gangster Brannigan but a new song might just save the day.

Grant is gambling his money away and is in debt to gangster Brannigan but, who knows, a new song might just save the day.

Derived equally from Broadway musicals and the fast-talking (and fast-moving) crazy Hollywood comedies of the 1930s, The Big Broadcast drops the listener into the adrenaline-driven whirl of live radio of the period.

Jean is played by the incredibly versatile actor and comic Josie Lawrence whose work includes the RSC, the Comedy Store Players, WHOSE LINE IS IT ANYWAY? and noted performances in THE KING AND I, THE CHERRY ORCHARD and EASTENDERS.

Grant is played by Nigel Harman who also cut a dash as Dennis Rickman in EASTENDERS and more recently has been seen as Sky Masterson in GUYS AND DOLLS, on TV in HOTEL BABYLON and is currently in the West End playing Lord Farquaad in SHREK.

Other parts exploit the acting, singing, comic and tap-dancing skills of the Radio Drama company.

Written and composed by Neil Brand, accomplished pianist, playwright and lyricist THE BIG BROADCAST also features a collaboration with the BBC Singers.

This play represents Neil's twin strengths as a highly experienced radio playwright and award-winning composer/lyricist with a particular ear for the music of the 30s and a thorough knowledge of the nuts and bolts of song writing. The germ of an idea for this play is rooted in a mutual enthusiasm for musicals shared with the actor Haydn Gwynne. The aim was to create a fast, funny and warm period piece with the authentic feel of both Broadway musical and 30s radio station, whilst also providing a wonderful live evening for an audience in the Radio Theatre and a memorable Big Broadcast in its own right.

Neil has written a number of critically acclaimed radio plays including GETTING THE JOKE (shortlisted for the Tinniswood Award), concerning the 1954 trial of post card artist Donald McGill for obscenity, STAN (shortlisted for a Sony Award and adapted as a BBC4 single play), the deathbed farewell of Stan Laurel and Oliver Hardy, SEEING IT THROUGH (Drama on 3) the story of the 1WW spin doctor Charles Masterman who engaged this country's literary elite to write propaganda and, most recently, HEADLINER, the story of political influence in a former Soviet state in the world of stand-up comedy.

Neil is also an accomplished pianist for silent film - performing internationally and in Trafalgar Square. He worked closely with Paul Merton on his recent TV series about silent movies. Neil's one-man show THE SILENT PIANIST is still in great demand.

Recorded before an audience in the BBC Radio Theatre this unique Radio Drama incorporates music, song and a trip back to the early days of radio. 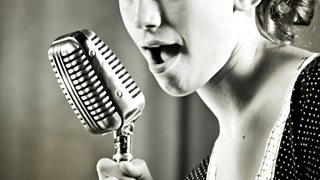