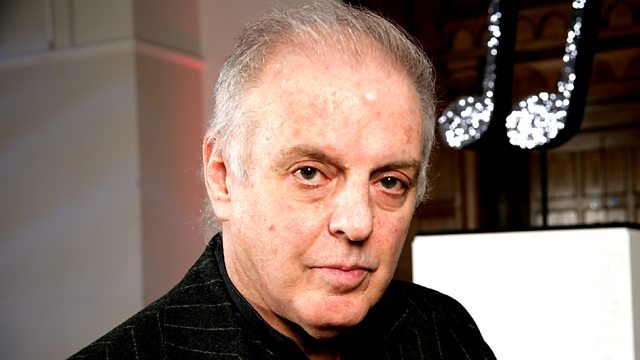 Speaking from Chicago, musician and conductor Daniel Barenboim examines what he calls 'the neglected sense'; the ear, and launches a campaign against 'muzak'.

This year's lecturer is Daniel Barenboim, who has become known as one of the most versatile pianists of his generation. His skill as a conductor and a musician has led him to world recognition and the appointment as Chief Conductor for Life by the Staatskapelle Berlin. He has also won a Grammy for his recording of Wagner's Tannhäuser and received the Wilhelm Furtwängler Prize for his work with the Staatskapelle Berlin.

In his second lecture, delivered from Chicago, Daniel Barenboim argues that we rarely listen to the music of our choosing and that too often we hear music which we have no control over. He argues that this unwelcome 'muzak' is largely responsible for encouraging people not just to neglect the ear but to repress it.

The Magic of Music—Daniel Barenboim - In the Beginning was Sound