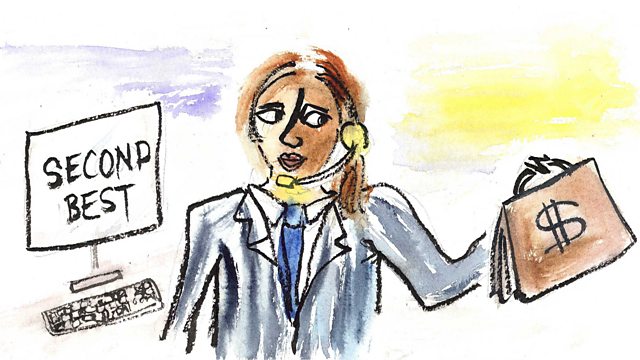 Faking it in the world of business – but is it the key to success?

Do we have to fake it to make it? We look at the subterfuge and posturing of the business world. Are big bonuses simply there for bankers to boost their image and line their pockets, rather than actually improve performance?

And to theatre of a different kind – the Indian call centre workers who are paid to mimic their Western counterparts. But how has this affected their sense of self?

And the secret double dealing where both sides are conspiring for a product which is second best.

Illustration by Emily Kasriel: being inspired by big bonuses to settle for second best in the world of India call centres.