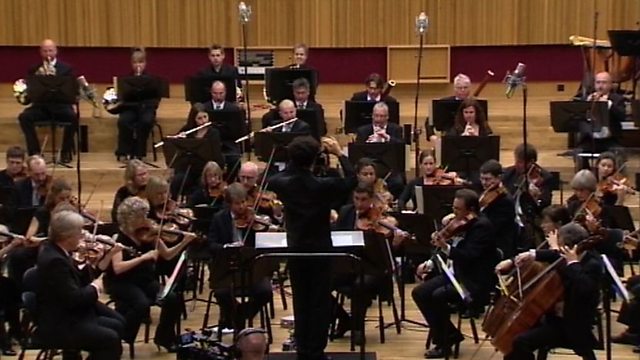 Watch an analysis of Beethoven's 'Eroica'

Stephen Johnson presents a programme exploring Beethoven's Third Symphony in E flat major, the Eroica. It is well known that Beethoven intended to dedicate the symphony to Napoleon, but when Napoleon had himself crowned Emperor in 1804, Beethoven angrily scratched out this dedication and the symphony was then titled the 'Heroic' symphony. Stephen Johnson considers this theme of 'heroism' in the work, illustrated with examples performed by the BBC National Orchestra of Wales conducted by Christophe Mangou.