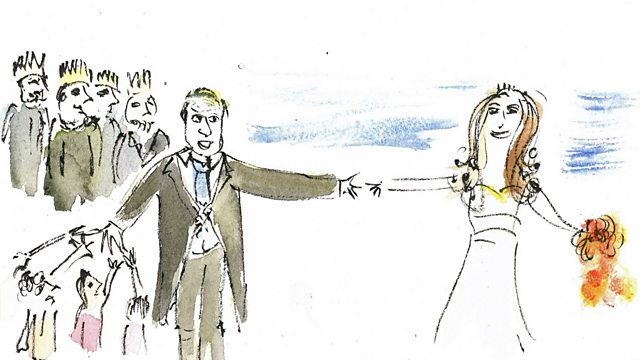 Some 20% of all countries are still governed by a monarch of some kind - what makes monarchy so resilient?

There is a festive air in London, as the city prepares for the spectacle of a Royal Wedding at the end of this month - we are devoting this week's Forum to a look at where Kings and Queens fit in to our modern era.

Is there still such a thing as a bond between sovereign and subject? Do modern monarchies need to update themselves? Or is the link with history the key to staying popular?

Illustration by Emily Kasriel: The Prince ceremoniously marries a commoner, touching his subject and backed by generations of monarchs before him.