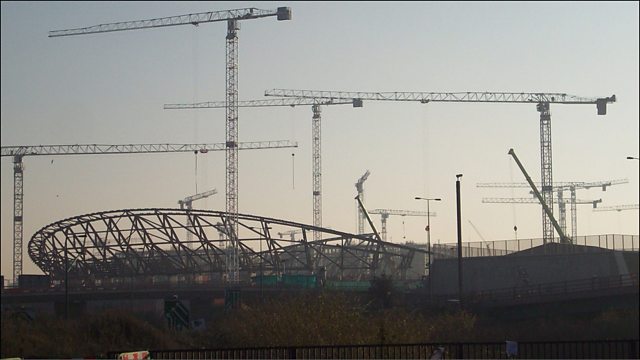 The BBC World Service follows East Londoners who live in the shadow of the 2012 Olympic Park. Nina Robertson reports from Hackney, just moments away from the London 2012 Olympics.

This BBC World Service series has been tracking the lives of East Londoners living on a deprived housing estate, in the shadow of the 2012 Olympic Park for the past two years. The BBC's Nina Robinson reports.

These latest programmes look more closely at poverty and crime, to see how far some of those people who are most excluded from society are living, while an investment of billions of pounds is being spent around them.

Young people in Hackney are vulnerable to the criminal gangs based in the area. Nina Robinson finds out if any new facilities have been built to give young people new opportunities and keep them out of trouble.