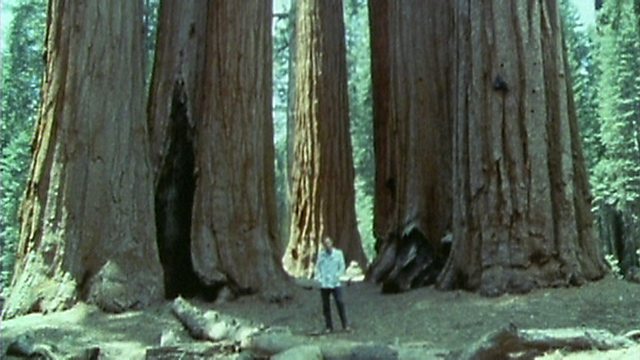 David Attenborough looks at fire damage on a conifer tree. It is 40 feet across, 267.5 feet high, and perhaps 2,500 years old. It is a giant sequoia. The largest individual giant sequoia however is named The General Sherman and is estimated to weigh 1385 tons, making it the heaviest living thing on the planet. During the ice age, sequoias grew widely around North America. But when the climate began to warm they died out in most places, yet prospered in the cold of the high Sierra Nevada mountains. As a group, conifers owe much of their survival to their ability to cope with the changing northern climate. They can survive the short dark days of winter with their bitter cold, as well as the long days of summer with their raging fires. 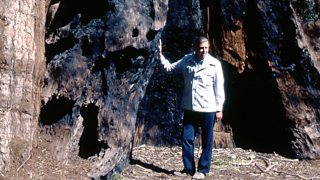 More clips from The Northern Forests

See all clips from The Northern Forests (9)

More clips from The Living Planet

See all clips from The Living Planet (94)