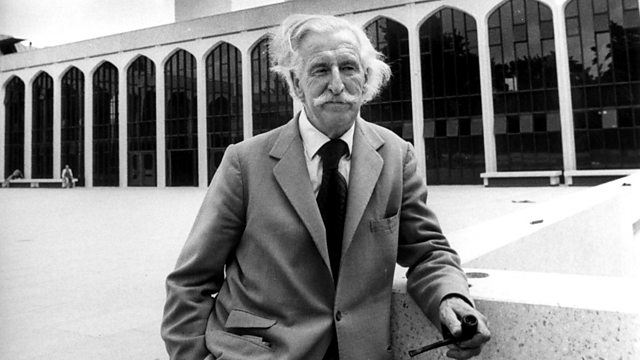 Sir Frederick Gibberd includes among his designs a bridge, Liverpool Cathedral, the mosque in Regent's Park and Harlow New Town, but he says of himself "had I been less interested in people and more interested in building a monument, I'd probably have been a better architect".

In conversation with Roy Plomley, he talks about his career, his enthusiasm for landscape gardening, and he chooses the eight records he would take to the mythical island.