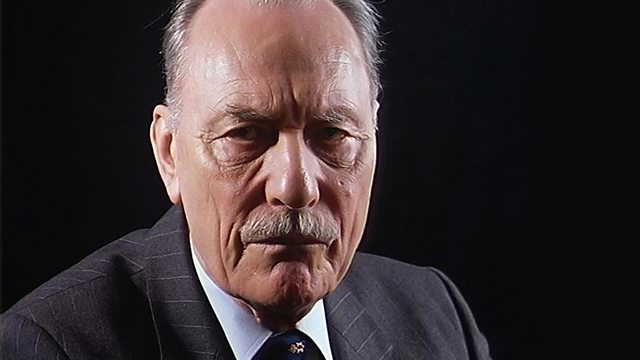 The castaway in this week's Desert Island Discs is the Rt Hon Enoch Powell - politician, poet and classical scholar. He'll be looking back on some of the incidents and issues which have made him one of the most controversial politicians in post-war Britain - among them, his so-called Rivers of Blood speech on immigration policy, and his exhortation to the electorate to vote Labour after his resignation over Britain's entry into the EEC.