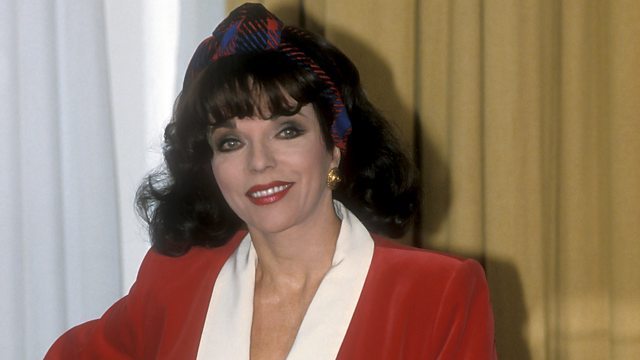 The castaway in this week's Desert Island Discs is someone who, over the last seven years, has become a superstar of the small screen, playing the venomous Alexis Carrington in the television soap opera Dynasty. She is, of course, Joan Collins, and she'll be talking to Sue Lawley about Alexis, as well as her many other roles, working with such great names as Jack Hawkins, Bette Davis, Bob Hope and Bing Crosby. That's Joan Collins, discussing Hollywood, husbands and the pursuit of happiness.