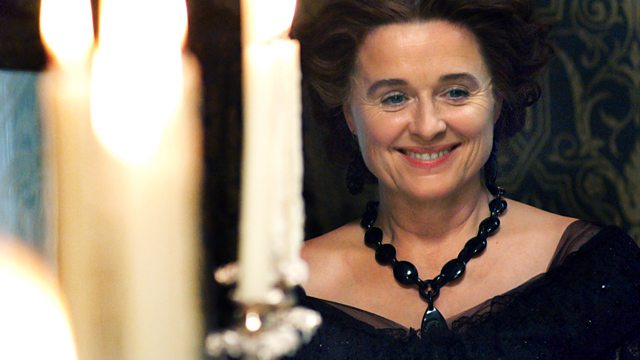 Sinead Cusack was born in Ireland into a acting dynasty. Her first ambition, whilst at convent school, was to be a saint. But her behaviour didn't match her early aspiration: as a teenager she was nearly expelled from school for dramatising the Profumo affair for the headmistress's feast day. Her first professional part was at the age of eleven when her father, the actor Cyril Cusack, cast her in an adaptation of Kafka's The Trial at the Olympia Theatre in Dublin. She played a deaf mute - she says perhaps he did it to keep her quiet, because he wasn't keen for her to pursue acting and said she would never be a classical actress.

Sinead's first roles were at the Abbey Theatre in Dublin, whilst she was still at university. She came to London, where she took over from a pregnant Judi Dench in London Assurance in 1975. She joined the Royal Shakespeare Company which, she says, taught her all she knows. For Our Lady of Sligo (1998), in which Sinead played the lead role of Mai O Hara and showed in Ireland, on Broadway and at the National, she received the 1998 Evening Standard Award for Best Actress and 1998 Critics Drama Award for Best Actress. She was also nominated for Best Actress/Drama Desk Award and for Best Actress for Olivier Award.