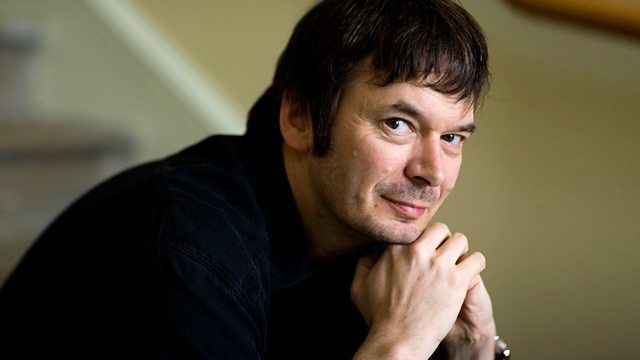 Sue Lawley's castaway this week is the writer Ian Rankin. Ian Rankin is an award-winning writer of crime fiction and the creator of the Scottish detective John Rebus who has featured in 17 novels to date.

Born in Fife, Rankin came from a working-class background in a coal-mining town where he says he spent most of his childhood trying to "look like he fitted in". In his bedroom he would live out a fantasy life, writing poems, stories and creating strip-cartoons. He admits there are many parallels between himself and Rebus - they lived at the same Edinburgh address, both are fond of a drink and now they even share the same taste in music, though unlike Rebus, Rankin has never smoked. However all that is about to change; Rebus has reached the age of retirement in the police force and Rankin's next novel will be the last in the series.