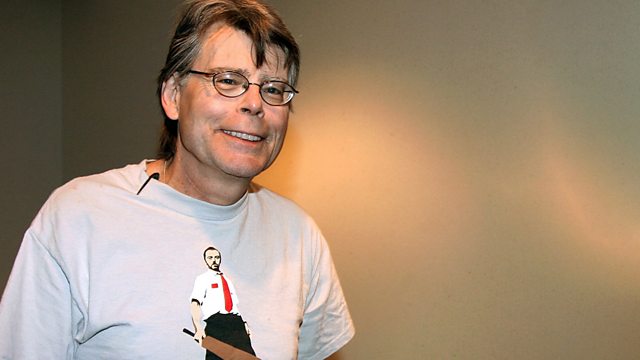 Kirsty Young's castaway this week is the author Stephen King. He's written more than 40 novels, won 23 major awards and sold hundreds of millions of books worldwide. He is best known for his tales of small-town America corrupted by the supernatural and macabre; with novels such as The Shining, Misery, Salem's Lot and Carrie making him a household name.

His first success came with Carrie - at the time he was scraping a living as a teacher, living with his young family in a trailer and writing short stories to supplement his income. He threw the first draft of Carrie in the bin and it was his wife Tabitha who fished it out and urged him to finish it. But with success came drug and alcohol abuse - and again it was his wife who intervened and encouraged him to stop. He nearly gave up writing after a road accident in 1999 which nearly killed him. But, to the delight of his legions of fans, he took up his pen again and the stories keep on coming.