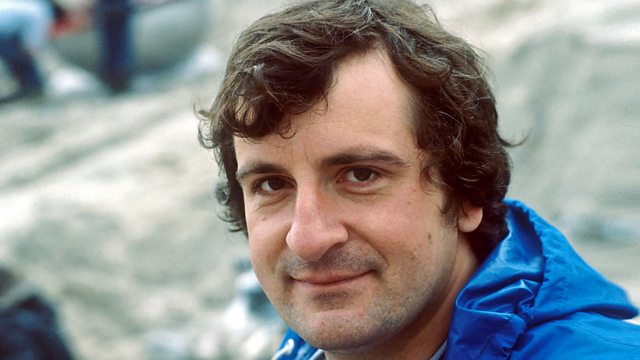 The castaway in Desert Island Discs this week is Douglas Adams, creator of the anarchic world conjured up by The Hitchhiker's Guide to the Galaxy. He'll be talking to Sue Lawley about how, as a child, he found it difficult to communicate with the adult world, and didn't speak until he was four years old. But as his confidence grew, he set his sights on being a nuclear physicist - an ambition later replaced by a burning desire to be John Cleese in Monty Python's Flying Circus. In fact, he has become a hugely-successful author, a passionate amateur naturalist and a rock star manque.