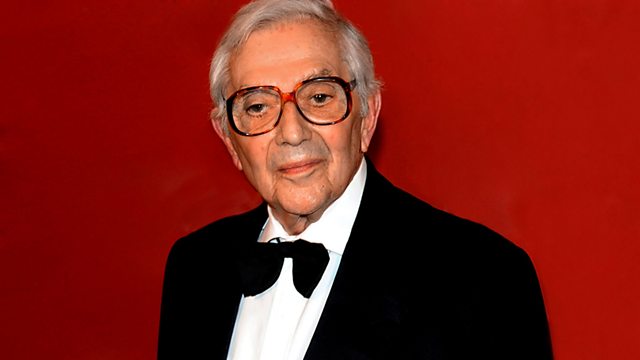 Sue Lawley's castaway this week is the man who's designed some of the most famous film sets ever made.

Sir Ken Adam was the production designer on seven of the James Bond films - including Dr No, Goldfinger and Diamonds Are Forever. His bold designs skilfully created the lairs of a string of arch villans, perhaps best typified by the headquarters of Blofeld in You Only Live Twice - which was built inside an extinct volcano with an artificial lake placed on top.

Sir Ken Adam began life as Klaus Adam, born into a middle class family in 1920s Berlin. As Hitler rose to power the Adam family were forced to flee to Britain. Klaus adopted the name Keith during the war when he became a fighter pilot and the only German to fight for the RAF. He became known as Heinie the Tank Buster in recognition of his daring raids across the continent. After the war he changed his name again to Ken and trained as an architect. This led to work in the film industry; first as a draughtsman, and then as an art director and eventually as a production designer. He won two Oscars: the first for Barry Lyndon, which he made with Stanley Kubrick in the 70s, and The Madness of King George.