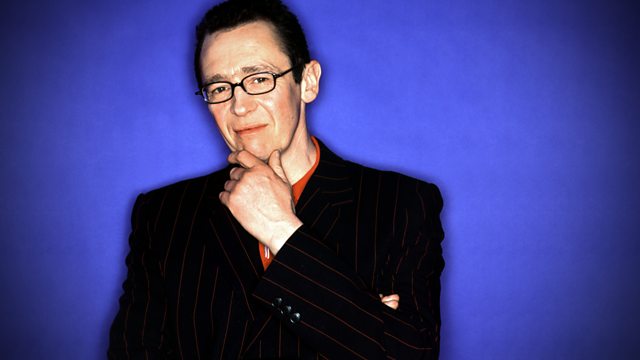 Sue Lawley's castaway this week is the comedian and star of The Fast Show, Paul Whitehouse. Born in the Rhonda Valley in Wales, Paul and his family soon moved to Enfield where he grew up. Paul was never particularly ambitious, but he was bright and got a place at University, although he dropped out in his first year. He went on to work as a plasterer and was quite content, enjoying a bit of humorous banter in the pub with his friends who included Harry Enfield and Charlie Higson.

Harry was the first to get employment as a comedian - on Saturday Night Live, and he employed Paul and Charlie to write for him. Soon Paul was a regular contributor to Harry's show Harry Enfield and Chums. But Paul and Charlie were awash with ideas and characters and decided together to form their own show - a fast paced sketch show where the characters would come on, deliver a catchphrase, and exit. The Fast Show was born, and with it came an influx of new catchphrases that swamped common vernacular, such as "Brilliant!" "Very, very drunk" "Suit you, sir!" and "which was nice". After various acting roles on television and completing a live tour of The Fast Show Paul decided to write a situation comedy, and in 2001 the series Happiness was born.