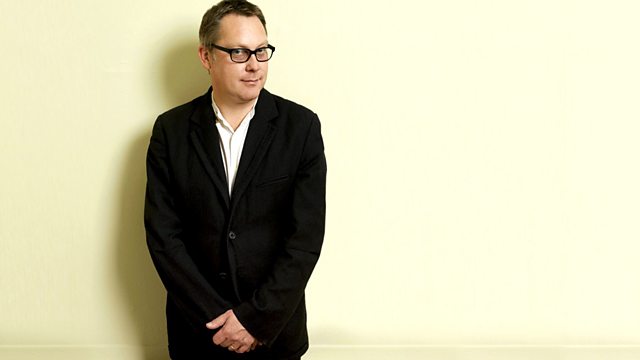 Sue Lawley's castaway this week is the comedian Jim Moir, best known by the name of his alter ego Vic Reeves. Jim was born in Leeds but soon moved to Darlington with his family. He attended the local school and left with one O level in Art. He fulfilled the expectations of his school by getting a job in a factory, completing his apprenticeship and working there for four years.
However, he was bored so he moved to London with three friends. After trying a few different jobs he began running club nights - with music, acts and entertainment. He would hire a venue and the bands and he would be the compere.

Jim decided to take on the persona of Vic Reeves as it gave him an excuse to act up. A comedy night came up and instead of booking three comedians, he decided to do the whole night himself. Vic Reeves' Big Night Out was born. After teaming up with Bob Mortimer, a solicitor who had been in the audience of one of his shows, the show went from strength to strength. It was a huge success and TV rights were fought over by the BBC and Channel 4. Since then, he has appeared on both channels with a variety of programmes including The Smell of Reeves and Mortimer, Shooting Stars and Randall And Hopkirk (Deceased). The programmes have won BAFTA Awards for Originality and Best Live Performance plus British Comedy Awards.