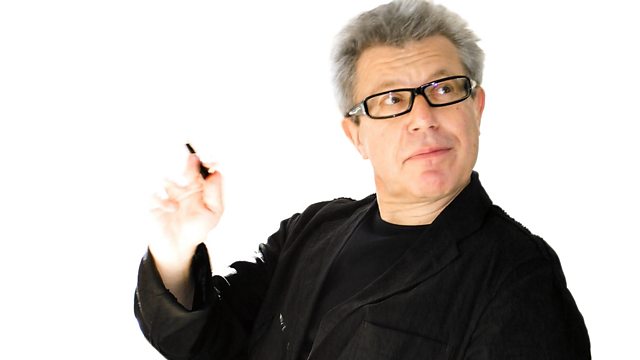 Sue Lawley's castaway this week is the architect Daniel Libeskind. Daniel Libeskind's parents were Polish Jews. Daniel himself was a prodigiously talented musician, but the family couldn't afford the attention a piano would draw to them and so he learned the accordion. In Israel he won a prestigious music scholarship - Daniel Barenboim and Itzhak Perlmen were other recipients - and the family moved to New York. In his teens Libeskind dropped music suddenly and completely and turned to architecture:

In 1989 he won the commission to build a Jewish Museum in Berlin and it opened in 2001 amid much controversy. Closer to home he has designed and built the Imperial War Museum North at Trafford, Manchester - its design based on a shattered globe to reflect the themes of conflict. One of his most controversial designs in this country is the proposed V&A extension known as The Spiral. It has been variously described as 'a public lavatory', 'a pile of boxes' and 'quartz crystals'. His most recent commission and his biggest project to date is the complex to be built at the site of the destroyed twin towers in New York.