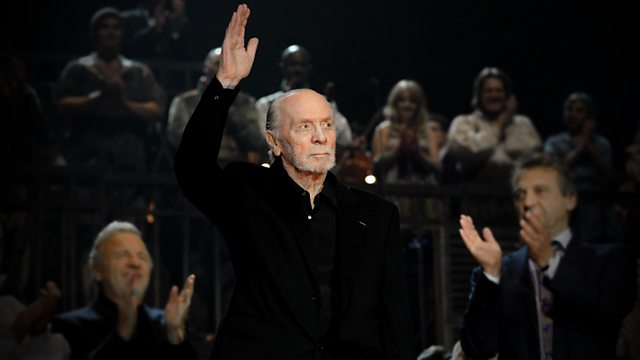 This week Sue Lawley's castaway is the journalist and songwriter Herbert Kretzmer. Born in South Africa in 1925, he came to Europe after World War II. For a while he lived in Paris, playing piano in a bar. He rubbed shoulders with Jean Paul Sartre and became friends with one of France's greatest singer-songwriters Charles Aznavour. The two formed a musical partnership and Kretzmer re-worked many of his songs into English - including the hits Yesterday, When I Was Young and She, which was more recently recorded by Elvis Costello for the film Notting Hill.

His day job was as a journalist and Kretzmer wrote celebrity profiles for the Daily Express. He says his most memorable interviewees were "writers and fighters", including George Foreman, Muhammad Ali, Truman Capote and Arthur Miller. But it wasn't until he was nearly sixty that he had his greatest success. The director Cameron Mackintosh was working on Les Miserables but did not have a 'book' - that is, a set of songs that he could produce. He remembered a chance meeting he'd had with Kretzmer, recalled the songs he'd written and his connection with France - and invited him to write the lyrics. The show has been running in London for the past 19 years and has played all over the world. Now aged 78, he continues to work. He is currently collaborating with the former ABBA musicians, Benny Andersson and Bjorn Ulvaeus on another musical.